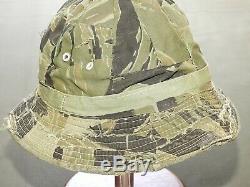 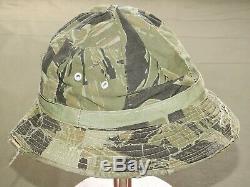 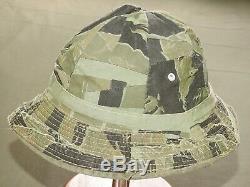 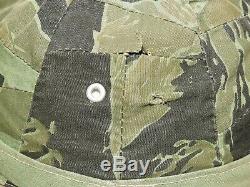 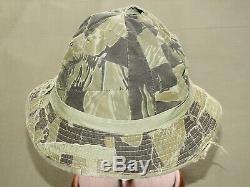 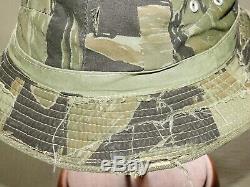 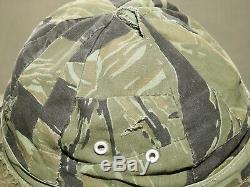 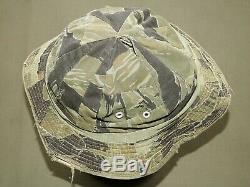 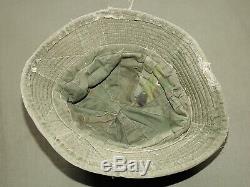 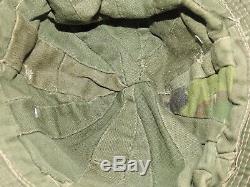 This South Vietnamese Marine Corps Vietnam VNMC TIGER STRIPE CAMO "SCRAP" BOONIE HAT is in good condition, with a small "L" shaped tear and a small hole in the left crown, a vertical tear in the back right crown, some tearing to the back right brim edge, a diagonal tear in the right crown, a sizable seam tear in the top crown, missing the interior back right ventilation grommet, missing the entire back left ventilation grommet, and with some overall age wear evident (ALL pictured). Otherwise, the hat is in fine shape, with no other damage to the tough 100% cotton poplin construction. Most interestingly, it's approximately a US Size 6 3/8, retains a great amount of the vibrant, early, ca.

This item is in the category "Collectibles\Militaria\Vietnam (1961-75)\Original Period Items\Hats & Helmets". The seller is "abramsantiques" and is located in Claremont, California. This item can be shipped worldwide.