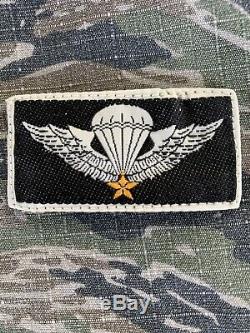 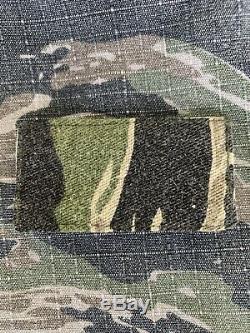 In the days between the French Indochina and Vietnam War, Vietnam was littered with Private Armies of individual factions supporting their own religion, tribal group or warlord. As the Vietnam War progressed and combat became more regular and intense all of the private armies in South Vietnam were required to be active in their support of the South Vietnamese Government who saw the private armies as being as much as a threat as the communists in the north. With the allegiance's in place the private army's became increasingly more active and desertion was from these units was high. The deserters from the private armies were then required to enlist with the ARVN, those that did not were considered Draft-Dodgers. On capture, rather than imprison or execute the' Draft Dodgers / Deserters' the BAT TU, Mike Force Indigenous Unit was formed.

It was this unit that eventually led to some US Troops to call the LLDB the' Look Long, Duck Back' instead of their official name of, Luc Long Dac Biet (Vietnam Special Forces). Initially considered a penal unit the unit was eventually manned by regular Tiger Force and Special Forces Operatives, however always led by US Special Forces Units.

During the early days of the Vietnam military build up, President John Fitzgerald Kennedy sent Special Forces Units to South Vietnam in a special advisory capacity. In September 1962, United States Special Forces, Vietnam (Provisional) was formed from members of the First Group, stationed on Okinawa, and the Fifth and Seventh Groups from Fort Bragg, North Carolina. The soldiers, operating in small units, created many patch designs, which were locally manufactured and, in many cases, handmade.

The first insignia, of course, was the beret flash, which combined the yellow from the first group, black from the Fifth, and red from the Seventh and incorporated them with a bend with bundles that represented the flag of the Republic of Vietnam. This flash, designed by Colonel George Morton, eventually became the insignia of the Fifth Special Forces Group.

Popular among the recon teams known as "Mike Force, " which is the universal corruption of "Mobile Strike Force, " was the use of state names, some of which appear here. As state names were used up, names of snakes (for example, the Adder, Anaconda, and Cobra) became popular. The motto "We Kill For Peace" was almost universally used by these units.

The collector will find that many of the MACV-SOG insignia were all originally hand-sewn and can be found later reproduced machine-sewn in copied versions and in many variants. This is due to the fact that many of the insignia were originally Hand-Made "in country" which were unauthorized wear and preferred by Special Forces Soldiers for there unique individuality and flare being all completely hand made, with no two exactly alike. Most Hand-Made patches were unauthorized wear which the Special Forces Soldiers again preferred, issued to Special Forces trained Indigenous Tribesman and new arrivals and/or new recon team members signifying their fighting skills and acceptance as being attached to the team. It is interesting to note that the Green Berets in many cases wore their patches inside the green beret. It was placed there in keeping with the covert nature of their missions.

Besides recon teams, MACV-SOG also deployed exploitation teams or "hatchet teams" which were of platoon size and consisted of Americans and indigenous troops. The most famous, all highly classified areas of operations were along the Ho Chi Minh trail, into Cambodia and Laos. Information extracted from the book "US ARMY PATCHES" by Barry Jason Stein The Cloth Insignia Of The Vietnam War. The patches of the Vietnam war present a very interesting study because this is the first time where a fairly large number of in-country made patches were developed. The government issued patches had some new designs and saw the introduction of the subdued styles.

Several soldiers took it upon themselves to contract with local seamstresses to create patches. Some of them were replicas of existing ones while others were brand new. The Vietnam war saw the birth of a wide flurry of homemade (in-country made), unauthorized cloth insignia. When the US Army started fighting the Vietcong with guerrilla tactics, several small and specialized groups were formed. Groups such as MACV SOG Special Forces Groups made their way into history.

Often times the unauthorized insignia was worn in hidden places such as inside hats and berets. Prices very due to the rarity and type of patch. I have many hand made originals. Most appear to be originals dictated by pricing. If anyone has an interest in a specific patch, or group, let me know I might have it. The item "ARVN South Vietnamese Airborne Division Jump Wings Special Forces Ranger Patch" is in sale since Wednesday, April 22, 2020. This item is in the category "Collectibles\Militaria\Vietnam (1961-75)\Original Period Items\Patches". The seller is "vb2614" and is located in Trout Creek, Montana.